The medical classification, currently in its tenth revision (ICD-10), uses a list of alphanumeric codes to document a person’s medical condition. For example, a person with migraine headaches will receive the G43 code, and a person with type 2 diabetes the E11 code. These codes are then used for clinical research and care, and increasingly also for health insurance billing and reimbursement. According to the WHO, about 70% of the world’s health expenditures are allocated using ICD codes for reimbursement and resource allocation.

There are many medical conditions that do not have a code in the international medical classification, and these diseases can be invisible for most clinical research and have difficulties accessing insurance and reimbursement.

This previously included CDD, a rare genetic disease that leads to frequent seizures shortly after birth and severe impairment in neurological development, with most affected people being unable to walk, talk or care for themselves.

“Obtaining an ICD-10 code for CDD is a big milestone for our field and one more step towards having approved therapies and ensuring patient access to these treatments,” said Ana Mingorance PhD, Chief Development Officer at the Loulou Foundation, a private non-profit foundation for CDD therapeutic development which spearheaded the ICD-10 code effort. “One of the reasons why we requested a code for CDD is because there are four ongoing clinical trials for therapies that might treat the disease, including a clinical study in the latest stage before approval. With an ICD-10 code for CDD, everything from research to reimbursement will become more efficient.”

“We know that CDD occurs in approximately 1 in every 40,000 births because of genetic studies,” explains Karen Utley, co-founder and President of the International Foundation for CDKL5 Research (IFCR), the largest patient advocacy group for CDD families in the United States. “But because there was no ICD-10 code for the disease, each of these patients is being coded in a different way at hospitals and we have no way to identify who they are or to know how many are out there.”

ICD-10 codes are used by clinicians, health insurance companies, and public health agencies across the world to represent diagnoses. The disease classification is reviewed once a year, in a process managed by the National Center for Health Statistics (NCHS), housed within the Centers for Disease Control and Prevention.

Last year, IFCR and the Loulou Foundation submitted a proposal to the NCHS for the creation of a new unique code for CDKL5 Deficiency Disorder. “The existing ICD-10 codes were not specific enough to capture the multisystem effects of CDD,” said Dr Eric Marsh from the Children’s Hospital of Philadelphia, one of the leading clinical investigators in the disorder and the Principal Investigator at the CDKL5 clinical Center of Excellence who also participated in the proposal. “This leads to the inconsistent records and introduces friction into clinical care, insurance authorization and research studies, all of which depend on ICD-10 codes.”

Following the evaluation, CDD was successfully granted a new code (G40.42), in an acknowledgment that it represents a separate medical condition with unique medical needs and that it therefore required its own ICD-10 code.

This milestone follows another major achievement for the CDD patient community, which on November 1, 2019, hosted a Patient-Focused Drug Development meeting with the FDA, in which caregivers shared their experiences and future treatment expectations with the regulators.

The Loulou Foundation, IFCR, and the International CDKL5 Alliance, representing worldwide CDD patient advocacy groups, believe that the new ICD-10 code for CDD will help improve the quality of life of people living with CDD, and urge the medical community and healthcare leaders to advance policies and protocols to ensure early access to genetic diagnosis that will identify currently undiagnosed cases of this disorder.

CDKL5 Deficiency Disorder (CDD) is a rare neurodevelopmental disorder resulting from loss-of-function mutations in the CDKL5 gene. Presenting first as infantile spasms within the first weeks of life which progresses to intractable epilepsy, CDD patients also display profound neurodevelopmental delay, with generalized hypotonia, impaired motor skills, and severely impaired speech and vision. CDD patients also have impaired sleep, gastrointestinal function, and respiratory issues. With an incidence of approximately 1 in 40,000 live births, CDD is one of the most common monogenic pediatric epilepsies, with several thousand patients estimated in the US and Europe alone. No therapies exist to treat the neurodevelopmental symptoms of CDD, and the epilepsy associated with CDD is poorly managed by current anti-seizure medications.

Loulou Foundation is a private, non-profit foundation dedicated to therapeutic development for CDD. Founded in 2015, Loulou Foundation drives pre-clinical, translational, and clinical research on transformative therapeutics for CDD, with the goal of delivering meaningful treatments and eventual cures for CDD to patients and their families.

IFCR is the largest US-based patient advocacy group for patients and families living with CDD. Founded in 2009 by families with members living with CDD, IFCR is dedicated to improving the lives of CDD patients and families, through education and research programs. IFCR has pioneered the establishment and development of CDD clinical centers of excellence at medical centers across the United States, to provide the highest quality, multi-disciplinary care for CDD patients and their families.

About the CDKL5 Alliance

The CDKL5 Alliance is the international network of patient advocacy groups for CDKL5 Deficiency Disorder (CDD), comprising organizations from 18 different nations on four different continents. The role of the CDKL5 Alliance is to provide rapid communication and coordination between the different CDD patient advocacy groups, to support each other and share best practices in CDD education and clinical research and care. 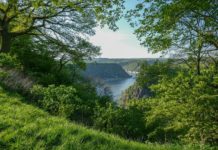 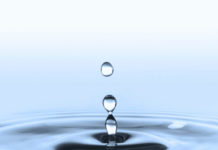 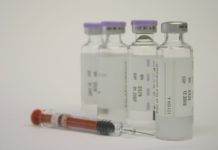 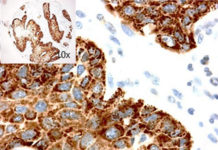 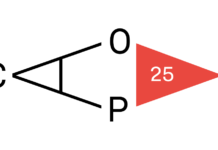 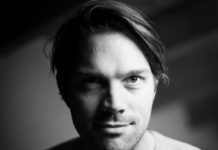 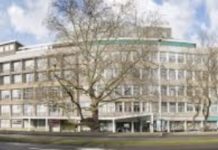